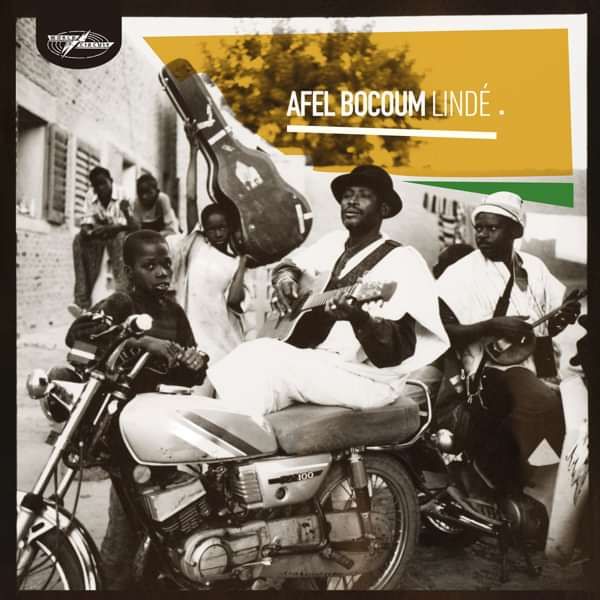 Afel Bocoum is among the last of a breakthrough generation of African musicians who cross-pollinated their own traditional music with the new sounds that arrived from all over the world throughout the 20th century. Hailing from Niafunké in the Timbuktu region of Mali, an area that straddles the cultural riches and political tensions between the northern and southern areas of the country, Bocoum spent decades touring and recording with desert blues pioneer Ali Farka Touré. His debut album ‘Alkibar’ (1999, World Circuit) propelled him to international recognition, leading him to work with Damon Albarn & Toumani Diabaté on 2002’s Mali Music, as well as contributing regularly to the famed Africa Express projects, and collaborating with Béla Fleck, Habib Koité, and Tartit Ensemble among others.

Lindé, named after the wild expanse near his hometown that he spent his childhood exploring, is a remarkable blend of deep tradition and audacious innovation. With the support of executive producers Damon Albarn & Nick Gold, Lindé stitches together the age-old music of the Niger bend, featuring performances from eminent Malian musicians including Madou Kouyaté, the late ‘Hama’ Sankaré and Madou Sidiki Diabaté, with interventions as diverse as the drums of Afrobeat pioneer Tony Allen, the trombone of Vin Gordon (Bob Marley / Skatalites), and the violin of Joan as Police Woman. Traditional instruments like the ngoni, njurkele, kora and calabash blend with guitars, percussion and call-and-response vocals. The result is a gently undulating flow that emanates from a source hidden deep in the historical and mystical traditions of Bocoum’s native land, enriched along its way by tributaries and cross-currents. It’s music that rolls rather than rocks, graceful, unforced and minimal by design.

It's also an album with a message – in the face of an uncertain and turbulent world, and a homeland struggling with jihad, poverty and tribal war, Afel Bocoum urges hope, solidarity and unity. “We have to meet each other, talk to each other, look each other in the eye and tell the truth,” Afel says. “Our social security is music. That’s all we’ve got left. People love music, so we have to make use of that fact.”