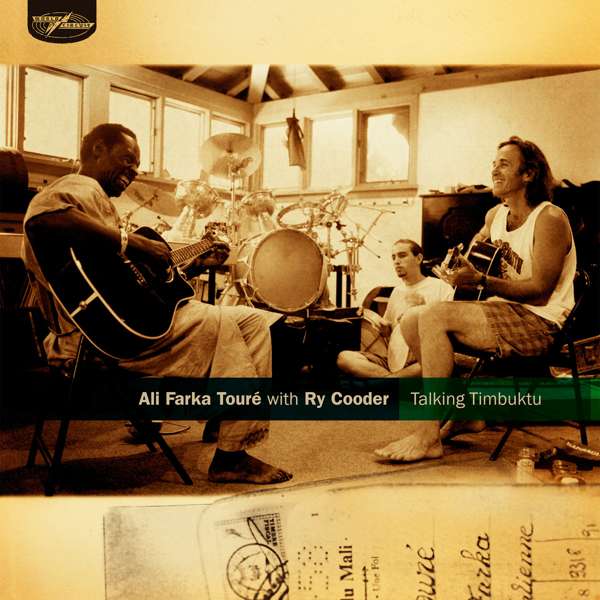 “A triumph” The Sunday Times

Ali Farke Touré and Ry Cooder have long treasured each other’s recordings. They first met in London in 1992 while both were touring Europe. It was agreed that they should 'try something together'. This ‘something’ became ‘Talking Timbuktu’, a Grammy award-winning classic album, recorded in just three days in LA in 1993. Relaxed and accessible, the music is complimented by Ry's subtle guitar work and sensitive production while retaining the integrity of Ali's performance.