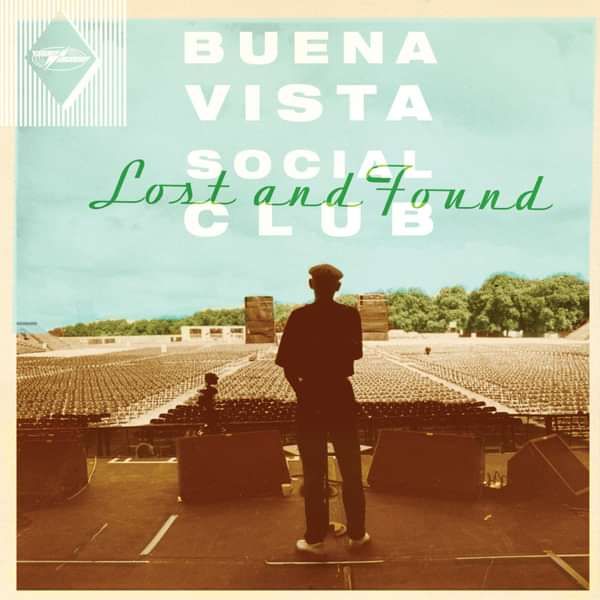 Almost two decades after the release of the original, Grammy winning album, the romance of the Buena Vista Social Club continues with Lost and Found, a collection of previously unreleased tracks, some recorded at the first legendary sessions in Havana with producer Ry Cooder and others during the extraordinarily rich outpouring of music that followed.

The original Buena Vista Social Club album was recorded for World Circuit Records by Ry Cooder and Nick Gold over seven days in Havana in 1996, bringing together many of the great names of the golden age of Cuban music in the 1950s, several of whom were coaxed out of retirement for the sessions. The album became a surprise international best-seller and the most successful album in the history of Cuban music.

At the time, nobody had any idea that the record was merely the start of a musical phenomenon. In the years that followed the Buena Vista veterans toured the world to ecstatic audiences and were the subject of a celebrated feature film directed by Wim Wenders. Further acclaimed recordings followed, including solo releases by the singers Ibrahim Ferrer and Omara Portuondo, virtuoso pianist Rubén González and bassist Cachaíto López and a celebratory live album recorded at a triumphant concert at New York’s Carnegie Hall. Buena Vista Social Club had become a household name. A core band featuring several of the original musicians continue to sell out shows world-wide as Orquesta Buena Vista Social Club. They embarked on their farewell ‘Adios’ tour in 2015.

"Over the years we were often asked what unreleased material was left in the vaults,” says World Circuit’s Nick Gold. “We knew of some gems, favourites amongst the musicians, but we were always too busy working on the next project to go back and see what else we had. When we eventually found the time, we were astonished at how much wonderful music there was.”

All the studio tracks were recorded for World Circuit at the Egrem studio in Havana during the rich and prolific period of creativity that followed the recording of the original album and stretched into the early 2000s. Spiced with live recordings from the same fertile period, there’s a tremendous and sometimes surprising variety to the material heard on Lost and Found. But there is a unifying thread built around a core collective of legendary musicians expressing an esprit de corps which everyone who was ever enchanted by Buena Vista Social Club will recognise and enjoy.